Typical shell-length 25 mm. Dark stripes on the body-whorl are sometimes intermittent, tend to be broader than the paler interstices, and are often near-vertical. However, some forms are difficult to distinguish from A. porcata, especially those from the N. Lives intertidally on mud and among rocks, especially on sheltered shores. Native. Endemic to southeastern Australia (TAS only). In Tasmanian waters, this is a widespread speciesin the E and N; most common in the SE, where the shells tend to be smaller. 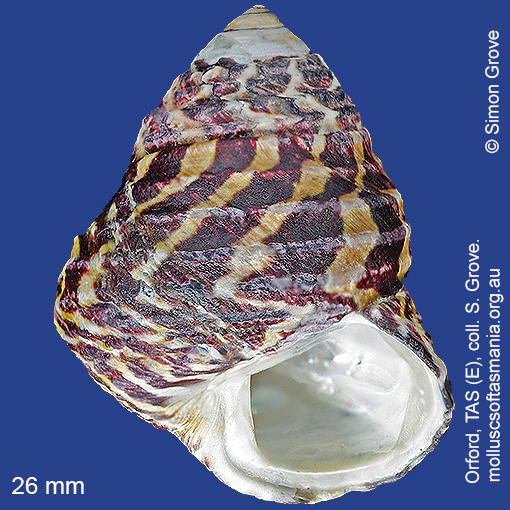 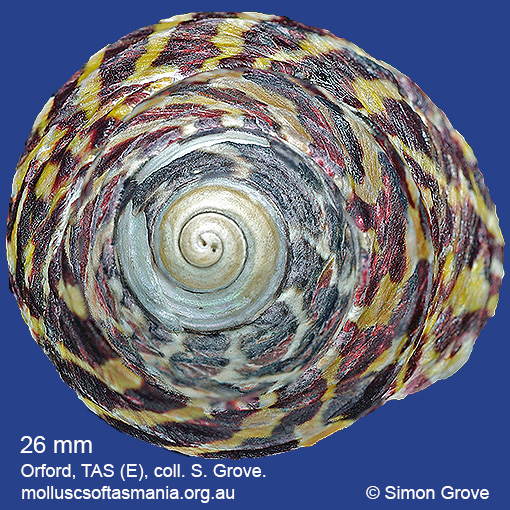 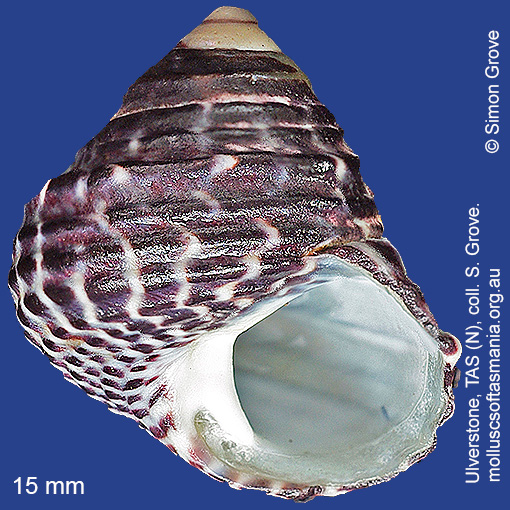 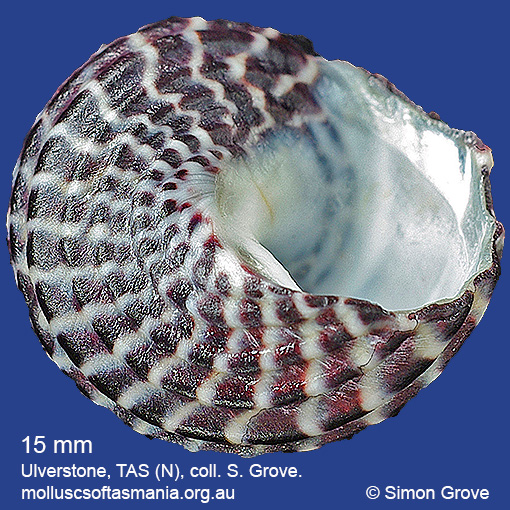 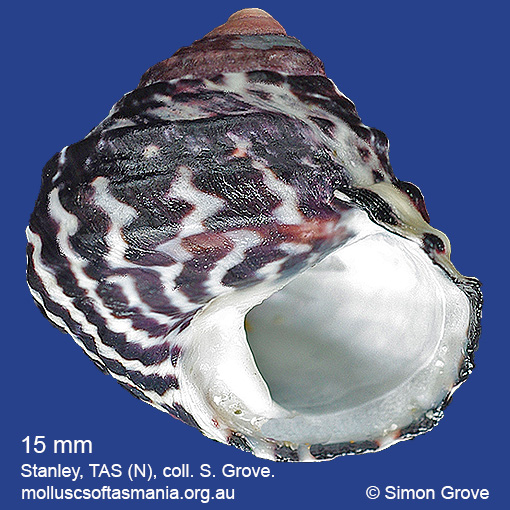 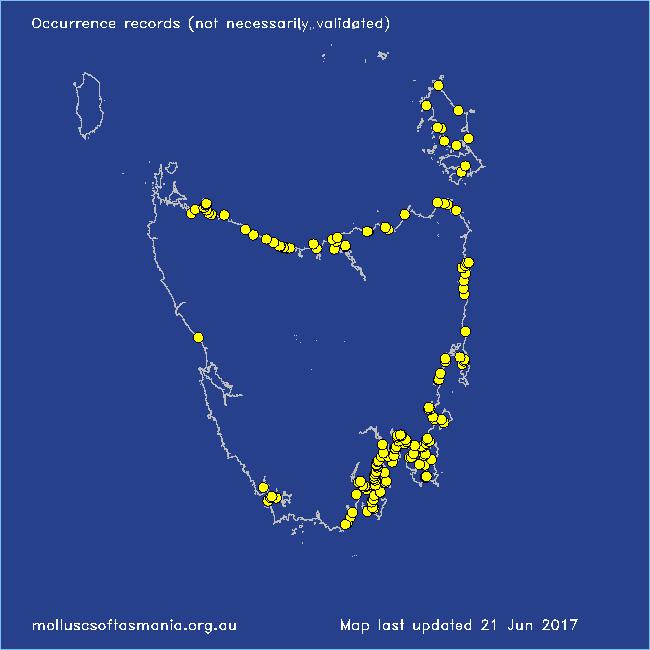 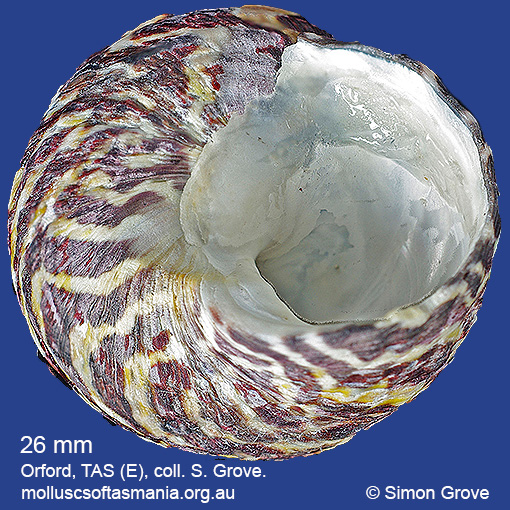 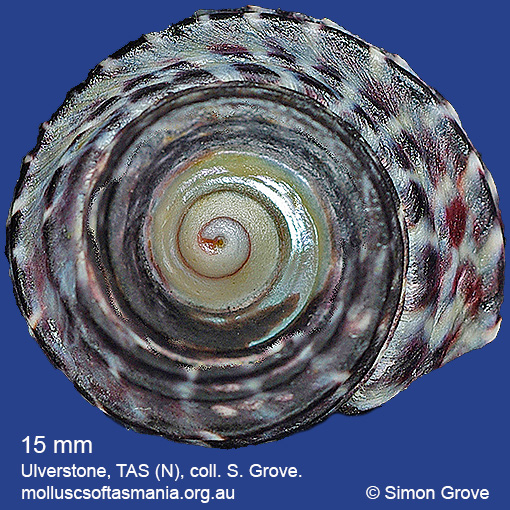 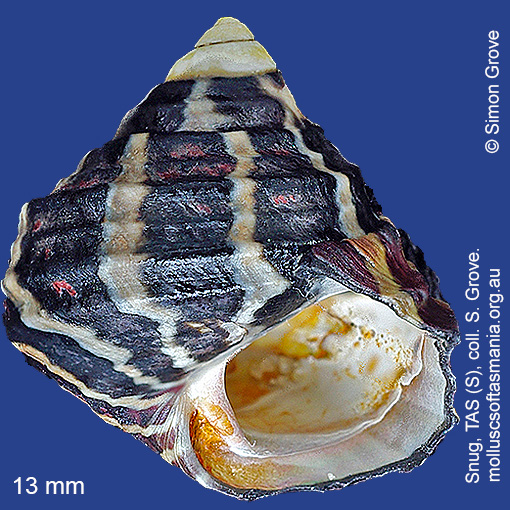 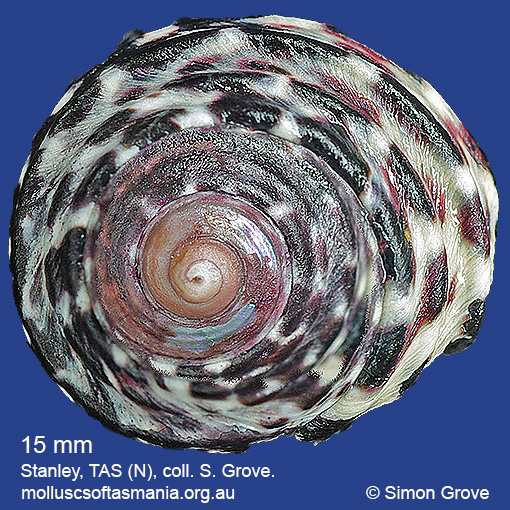