Typical shell-length 40 mm. Extent of purplish-brown surface flaking varies. Less elongate than typical I. crebrelamellatus, but it is likely that the two species are merely variants of a single species whose shape is determined by the substrate in which the animal grows. Lives subtidally embedded in hard sediments such as compacted mud and soft rock. Native. Endemic to southeastern and southwestern Australia (NSW, TAS, VIC, SA and WA). In Tasmanian waters, this is a widespread species, but highly localised and seldom common; most likely to be found in the SE. 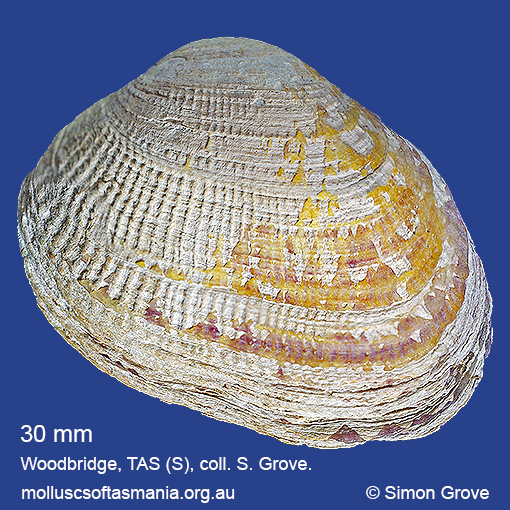 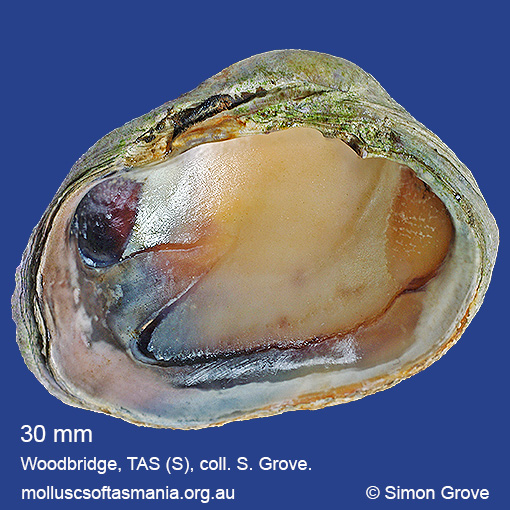 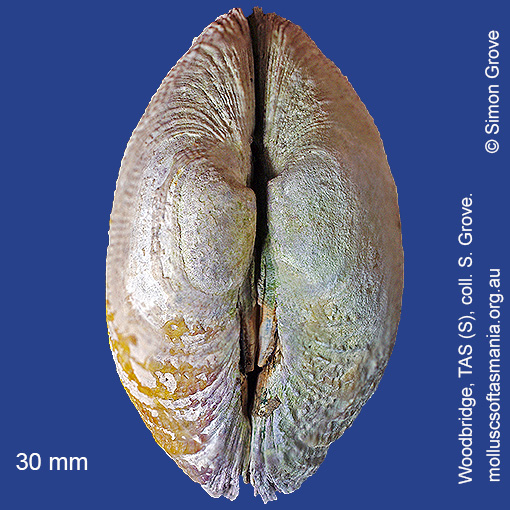 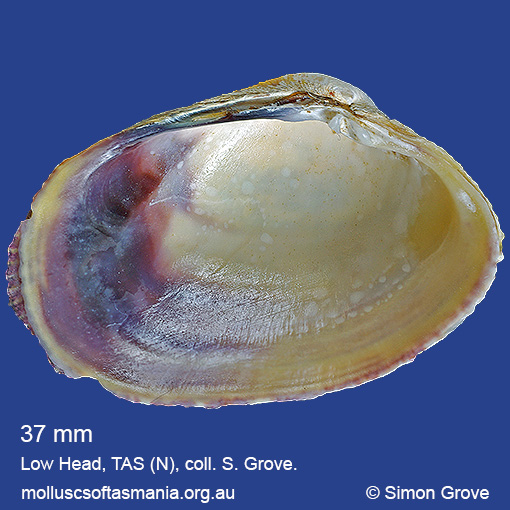 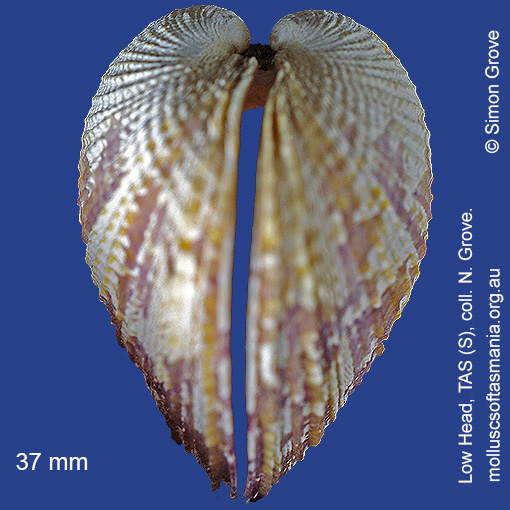 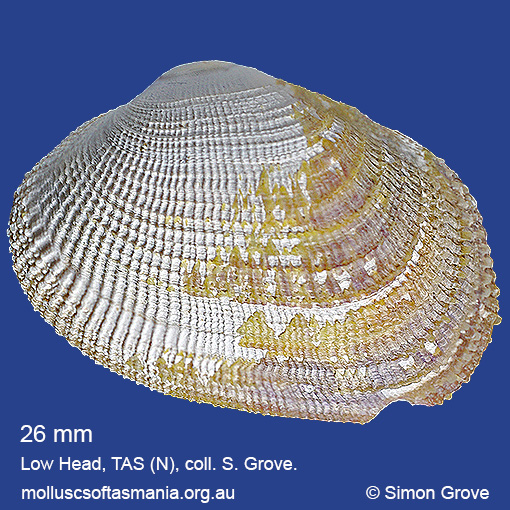 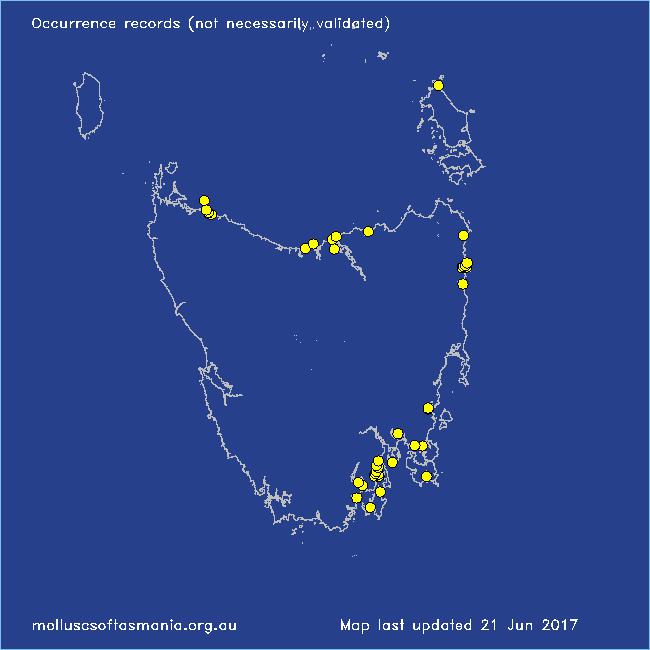 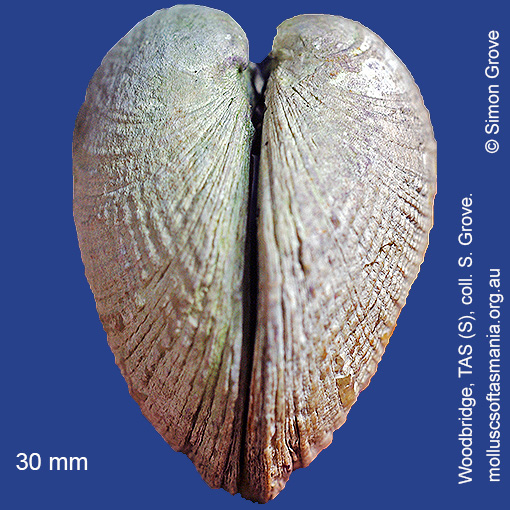 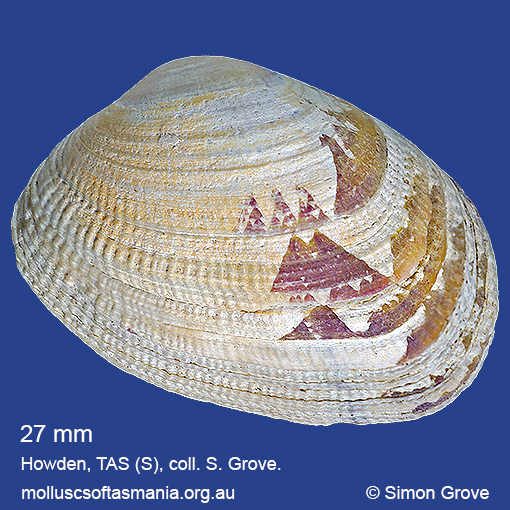 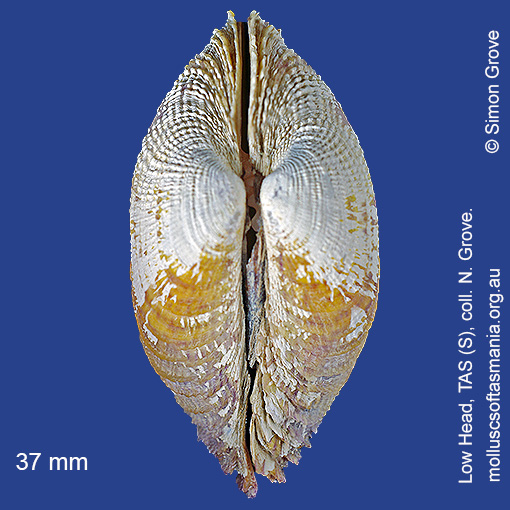 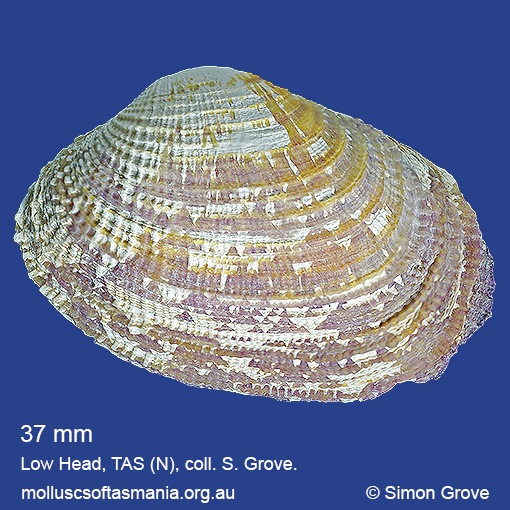 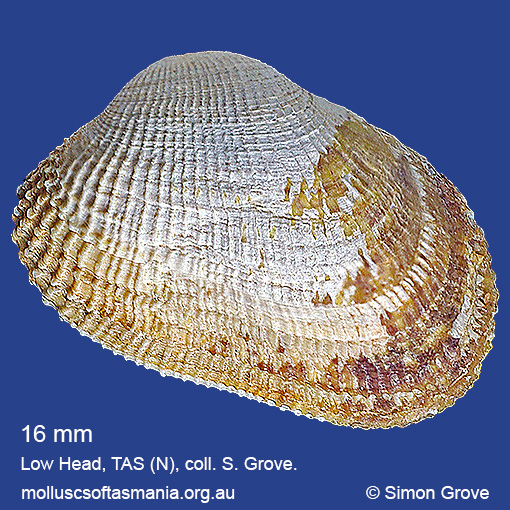