Synonym(s): atramentosa Reeve, 1855 atrata Gmelin, 1791 saturata Hutton, 1884.
Typical shell-length 20 mm. Shell generally indistinguishable from that of N. melanotragus, but often smaller, and the entirely black operculum of the living animal is characteristic. Lives intertidally on rocks. Native. Endemic to southeastern and southwestern Australia (NSW, TAS, VIC, SA and WA). In Tasmanian waters, this is the dominant, and usually only, Nerita species on the N, S and W coasts; in the E and far NE and around Flinders Island it occurs alongside N. melanotragus, but is usually outnumbered by that species. 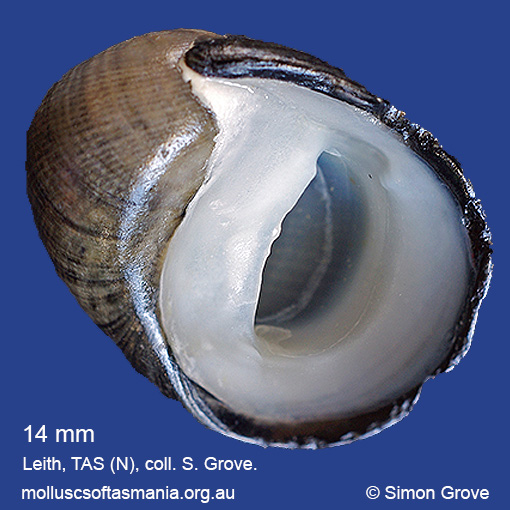 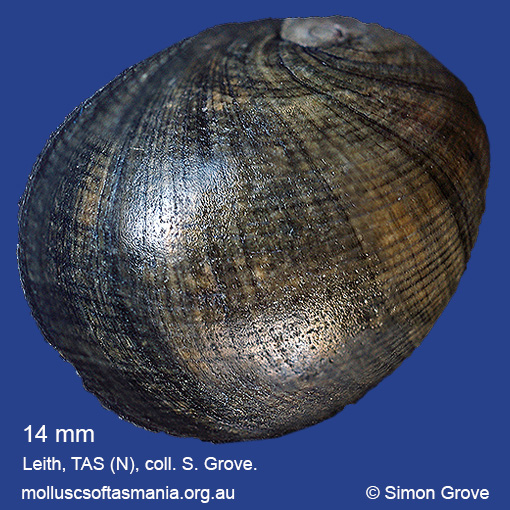 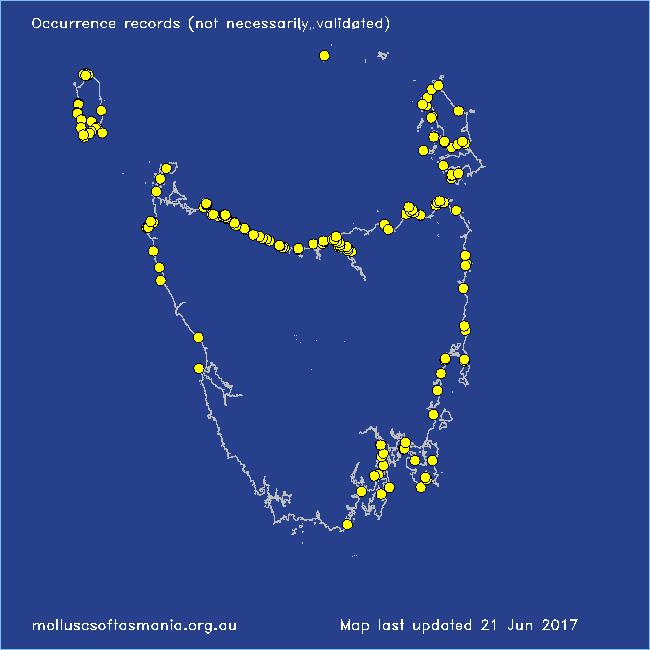 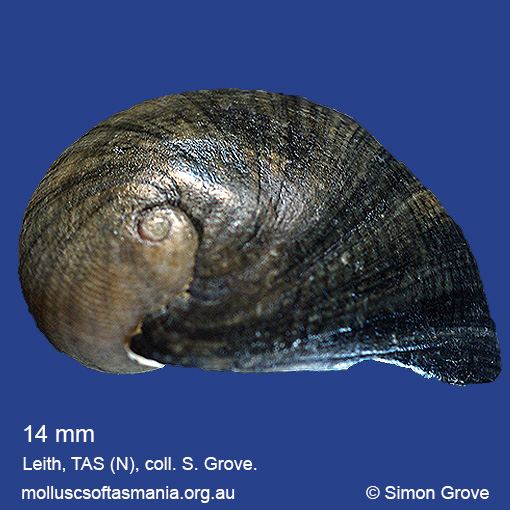