Typical shell-length 50 mm. The shiny brown periostracum overlaps the shell’s anterior margins and is persistent, though it often splits. Lives intertidally and subtidally in sand and mud, especially in oxygen-deficient sediments. Native. Endemic to southeastern and southwestern Australia (QLD, NSW, TAS, VIC, SA and WA). In Tasmanian waters, this is a rare species with few confirmed records; most likely to be recorded in the NE. 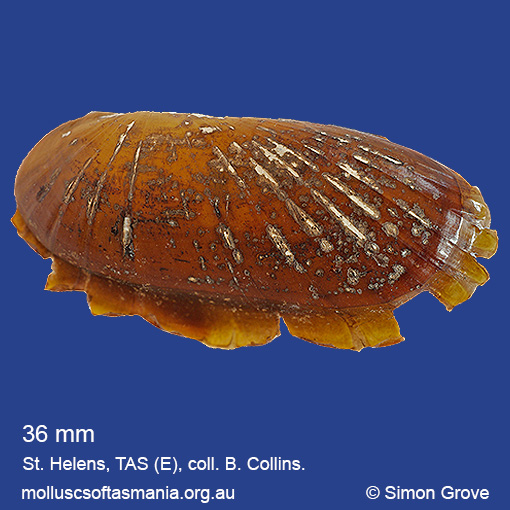 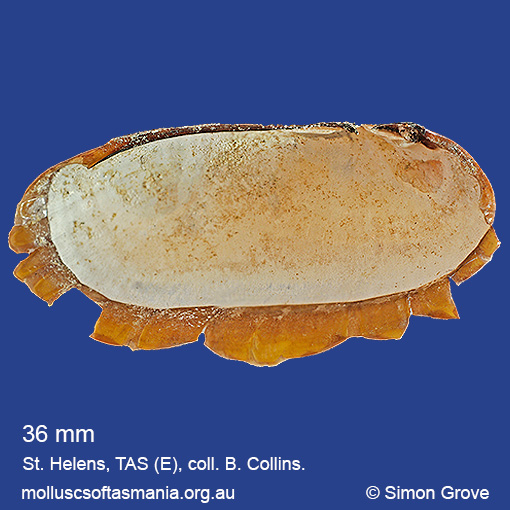 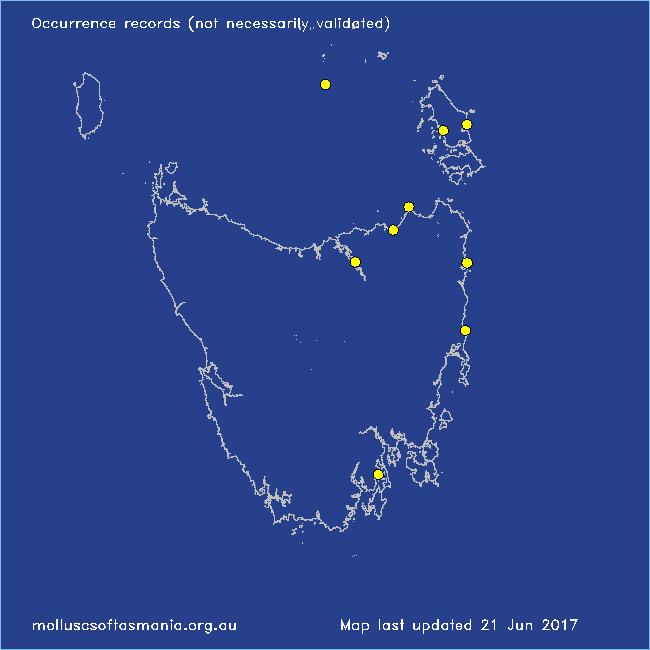 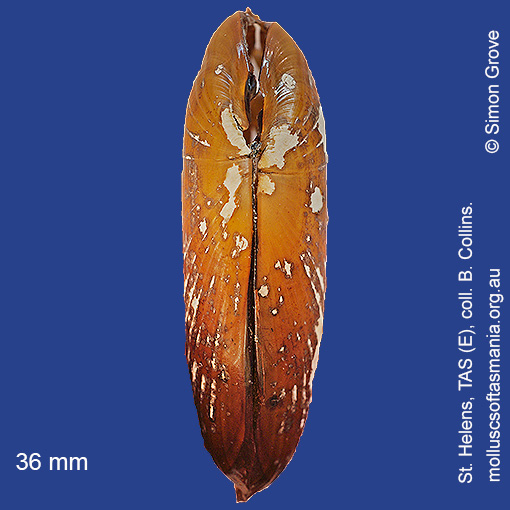